“Can I have a BLT? Hold the L and the T… oh and extra B please.” That was the typical sandwich I’d order when I went out to eat. Growing up, I only liked three groups of food: noodles, candy and chicken fingers. I didn’t like food- or I was just scared of it.

Food neophobia is the fear of trying new foods and was the root of my picky-eating habits and it prevented me from enjoying dinners with my family. One of my mother’s famous dishes was the tostada, which was a large chip with ground beef, onions, salsa, sour cream, lettuce, beans, rice and corn topped with melted cheese. My version of it… the giant chip with just cheese.

It was a mental thing. I was scared of the beef, it looked like a pile of rabbit pellets and I didn’t even have to be near an onion for it to make me cry.

“Hay que nina mal criada,” was a phrase meaning “oh what a girl with bad manners” that my abuelita (grandma in spanish) would attack me with. She would blame my mother for my picky habit because she never forced me to eat anything as a kid. But my mom did something worse. She’d trick me instead.

The solution was renaming every food I didn’t like as either French fries or chicken. Carrots were called orange French fries and all meats fell under the chicken category. For years, my mother convinced me that the clams in clam chowder were actually “chewy chicken.” What’s embarrassing is that it wasn’t until fifth grade that I realized what was really in the soup… and that my mom was evil.

But this whole thing wasn’t  just a mental problem. I like the “safe” foods because some foods are just dangerous to my stomach. I remember the traumatizing time I tried pineapple for the first time. Let’s just say I spent a lot of quality time with my toilet that day.

And there is no way I’m putting anything gooey and slimy in my mouth. It makes me feel like I’m swishing some stranger’s bugers/ snot from cheek to cheek. Smoothies are good, but if a slimy chunk of fruit slides through the straw and ends up on my tongue, I will throw a fit… or throw the smoothie at the person who didn’t blend it all the way ! >:-O

But this fear became a bigger issue in my life.

A home-cooked meal at a friend’s house was embarrassing and triggered anxiety. How do I politely turn down their food? How do I explain I don’t want tomato sauce on my spaghetti because I’m afraid of getting diarrhea?

And socially it was hard because I couldn’t enjoy things like sushi with my friends.

But what made me realize I needed to stop being picky was my freshman year in college where I didn’t have to eat those disgusting, soggy, vegetables my parents would serve me. All I ate was pizza or chicken fingers for lunch and chicken and rice for dinner because my abuelita wasn’t there to force-feed me and my mother wasn’t there to manipulate me.

I was becoming malnourished. My chicken-and-rice diet started to become a factor to my hair-loss. My hair was starting to fall out in chunks in the shower and caused multiple bald spots on my head. Instead of gaining the “freshman 15” I lost the freshman 15… and had about 15 hairs on my head (that’s a little dramatic but that’s how I felt! I went from long and thick to mid-length thin hair). 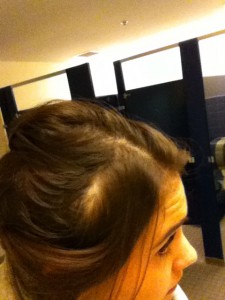 My safe foods proved to be not so safe, and began to affect my health and social life. I needed to make changes to my diet. After all what was I even afraid of? Most of the food I “didn’t like” I had never even tried.

Since then, I’ve picked up cooking as a hobby to start expanding my food horizons. Now some items on my gross-foods list have moved to my okay-these-are-edible list.

Like onions. Was I crazy? I think because I deprived my taste buds of onions for all these years that now I have an obsession with them. In eggs, sandwiches, salads, everything. They’re so amazing. My friends make fun of me because on sandwiches, people usually order extra cheese or extra tomato, but me? Na, I order extra onions 🙂 I’ve started to carry extra gum in my purse because where there are onions, there’s bad breath.

And if I were missing out on onions, what else was I missing?!?!

Now, a couple of years later, my hair is back and healthy and I can actually order food that isn’t on the kid’s menu. Now that I’ve actually tried shrimp, sushi, cucumbers, salads, guacamole, salsa, vegetables and more, I’ve discovered I really like them- even love them.

My motivation to be healthy? Eat right to get that beautiful hair back! 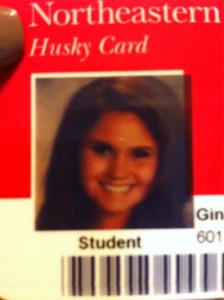 This was my high school senior photo used on my student ID card in college. My friends would look at it and laugh saying I looked like a giant hair ball in high school.