Technology has changed our lives in countless of ways.  It’s changed the way we communicate, transformed the way we work and it even exposed us to new forms of entertainment. From cell phones, to laptops, to driving cars, technology has 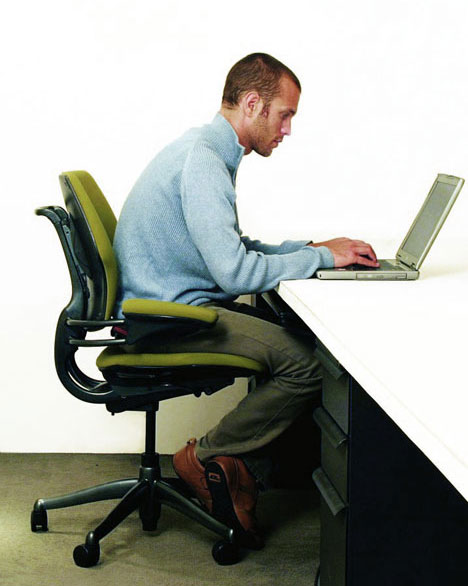 revolutionized our modern-day lifestyle, and our posture is evolving right along with it.

Poor posture is the number one cause for back and neck problems and statistics show that 80 percent of Americans will suffer from back pain in their lifetime. Experts say a large part of today’s modern posture has to do with the evolution of technology and the inactivity that it demands. Before technology, sitting down wasn’t something people wanted to do or even could do often – work meant hunting, traveling meant walking and entertainment was an outdoor activity. But in today’s world, most of our daily duties, such as our jobs and transportation, require us to sit, which is damaging to our back bones.

“What’s happening is that computers, cell phones and all this technology that we have makes people sit abnormal and it makes people lose the curvature of the neck,” says Dr. Matthew DeMoss who has been a chiropractor for 15 years and is currently practicing at DeMoss Chiropractic in Orange, Calif.

Laptops, experts say, are the biggest posture destroyers because of the way they force the back and neck to curve.

“The first and foremost cause [of bad posture] in this day and age are laptops because people do use them for work and entertainment,” says Janice Novak, author of the 1999 book, Posture, Get it Straight!. “People constantly crane their heads forward so they get that kind of vulture posture, you know, when your head hangs really far from your shoulders.”

Having a hunch back isn’t so much an elderly problem anymore. Statistics show that kids as young as middle schoolers are now going to doctors for back, shoulder and neck pain associated with bad posture. It used to be that once people hit their 40s or 50s, they would start to round over, but unfortunately, kids who were born in the year 1990 and after are experiencing the old-grandma symptoms. 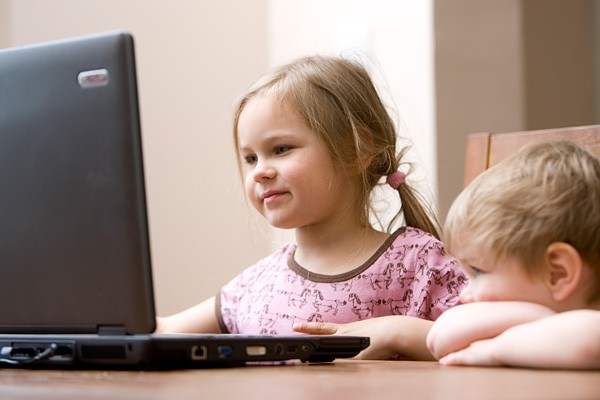 “I see young patients all the time,” says Dr. Demoss. “I see kids with the phones and the games, looking down with bad posture for hours. That’s typically why young people come in.”

According to Novak who also teaches posture workshops and seminars in Minneapolis, Minn., poor posture throws all your joints out of alignment, and is most dangerous among young children whose bones are still growing because it will result in back and neck problems as they get older.

“[Poor Posture] makes it so your joints no longer fit together the way they’re supposed to, and this is what causes some muscles to work really hard to stabilize the joints while other muscles just get weaker and weaker, ” she says.

For 24-year-old, Alisha Albinder, visiting a chiropractor has been the norm ever since she was 14.  At a young age, Albinder, 5’8, was always the tallest amongst her friends and often slouched to fit in. She admits, she was never really aware of her posture until her back pain became unbearable and was constantly hurting throughout the day.

“Basically I never had good posture,” says Albinder who is currently working as a produce buyer at Fresh Direct in New York City, a nine-to-five job that, ironically enough, requires her to sit and work on a computer all day . “I went to the chiropractor and what happened was that because of my bad posture, the bones in my neck started growing together, so I lost the curve in my neck and the curve in my back. Because of that, it was making my spine work hard to compensate the extra pressure.” 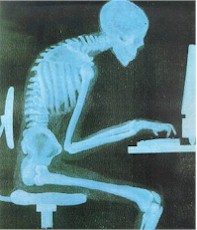 Experts say the head weighs 8-10 pounds, and for every inch a person’s head goes forward, 8-10 more pounds of pressure is being put on the spine, and this can affect the nervous system causing chronic pain, according to a new Jordan Valley Innovation Center study conducted earlier this year.

“The study showed that pain in  your head and neck muscles, because of poor posture, can actually cause sensitization of the nerves,” says Dr. Paul Durham, a researcher of the study and is also the director of the Center for Biomedical and Life Sciences at Missouri State University. “Those muscles in your head and neck – basically the nerve fibers for those actually project to the same place in the spinal cord that the nerves do that are involved with migraines.”

Poor posture can also make you look fatter than you really are.

“When you slump forward, you’re pressing on all of your organs in the body and they have no where to go but press down and out against your belly muscle, and that immediately makes your middle section a couple inches wider,” says Novak who adds that the organ compaction also causes digestion and circulation problems.

Along with migraines and unfavorable appearance, there are other disadvantages of bad posture when it comes to your overall health. It lowers breathing capacity as much as 30 percent and it also puts you more at risk for injury when you are active because the joints are not aligned. Studies have also shown that bad posture affects the way people perceive you, often judging you as weak or lacking confidence. 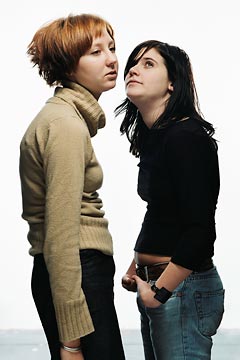 they’re craning their head forward and automatically their upper back curves forward too, so the neck muscles are the ones that are gathering the tension and causes pain. It’s the neck and immediate upper back that are working the most when sitting with poor posture.”

The solution to all of this is weakening the the neck and upper back muscles used during bad posture by not using them, and using the mid-back muscles instead to strengthen them and to keep you up straight. “The good news is, that’s why it’s easy to correct poor posture. Its just a matter of, you know, strengthening and putting your attention to some of those muscles that have gotten too weak.”

For tips to improving posture, tune in to next week’s Posture Part 2 post 😉

This entry was posted in Articles, Gettin' Healthy, Health Tips. Bookmark the permalink.